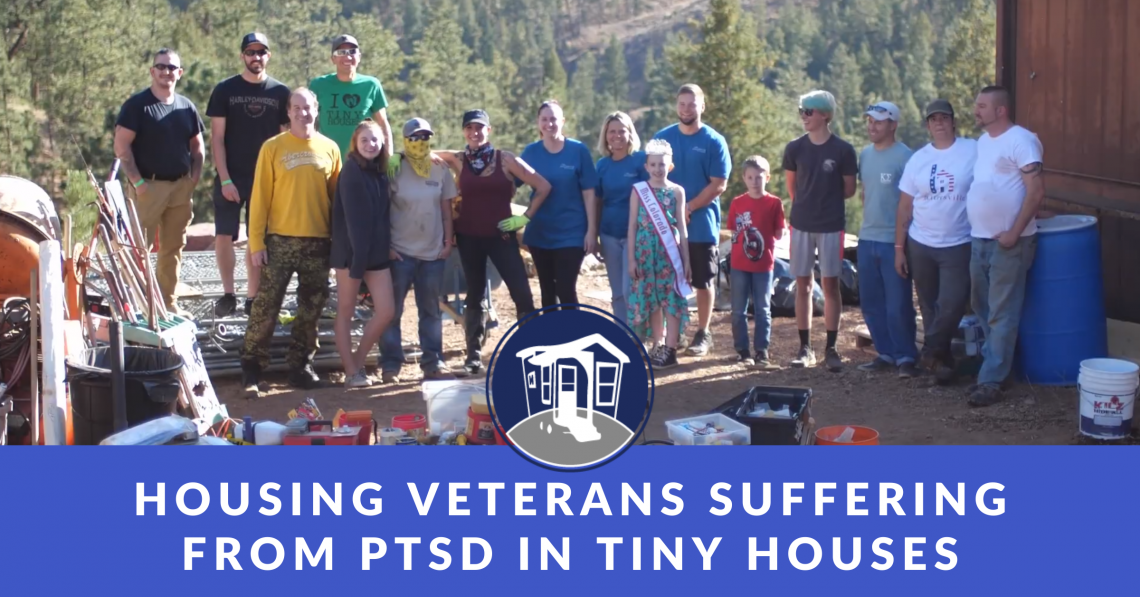 The Story Of Mattersville – Drew Robertson

Today we interviewed Drew Robertson, founder of Mattersville, a non-profit organization created to help homeless veterans have a community of their own, transition into civilian careers/lifestyles, and provide the support needed for those suffering from PTSD.

PTHF: Tell us a little bit about yourself Drew!

Drew: I’m a proud father of two daughters, a solar design specialist focusing on off-grid solutions for sustainable lifestyles, and a passionate fighter committed to getting our veterans the appreciation and support they deserve.

PTHF: Can you walk us through the back story of Mattersville and why you decided to build this organization?

Drew: Well the seed of Mattersville will always be Randy, my childhood friend that was part of a neighborhood group I grew up with. We lost Randy to a tragic accident after he served 8 years in the Marine Corps and a multitude of deployments left him with PTSD and addictions he greatly struggled with.

PTHF: Can you tell us more about Randy and your friendship?

Drew: We all grew up together, Randy, his sister Katie, our other friend Mike (who Katie wound up marrying and having children that Randy was a proud uncle of) Phillip and Matthew (also on the board for Mattersville) and many others. I knew Randy’s family well, his upbringing was very strict and structured, both of his parents were former Marines and I think he always knew he was going to be a Marine because he was the kid who wanted to make his parents proud.

PTHF: Did you know about PTSD back then?

Drew: No not at all. Looking back with the knowledge I have now I can say there was a change in Randy when he came home from his first tour, he wouldn’t talk about his time or experiences there and I know now that’s a very common symptom. I, like my other friends, didn’t know how to communicate or help him with PTSD because we didn’t see it or know what it was.

PTHF: What is Mattersville and how did you come up with the name and mission?

Drew: Mattersville, simply put, is the most cost-effective option for homeless veterans who are suffering from PTSD and transitioning from a military way of life to a civilian one. After Randy’s death when all his friends and I gathered again to honor his life, we decided we couldn’t allow funerals to be the only way we’d see each other and reconnect. We thought of camping annually to stay in touch and then considered going in on a cabin together for visits; the thought then was who would use the cabin when we weren’t there? We all thought of a veteran in need and then considered the benefits of having a garden on site for the vet to use which ideally would have two people to chip in on the work. Then we thought, why not have two cabins or more so the vets could fully function year-round and make use of the space, the idea really took off from there and all that was left was a name for this idea. It was Matthew, (another childhood friend of Randy’s who co-founded Mattersville) who came up with the name recalling the song by NOFX, a band that Randy loved.

PTHF: Talk to us about your Sustainability Festival

Drew: We are so excited about this! It’s happening August 24th-25th from 10 am to 6 pm at the JeffCo County Fairgrounds. We’re going to have experts on sustainability coming to speak on how Mattersville’s plan is sustainable, viable and cost-effective. We want to show the community the potential impact and proposed life cycle of sustainable living, job training, job placement and so much more for our veteran’s tiny house community.

PTHF: How is this community cost-effective and sustainable?

Drew: In every way possible, the biggest expense will be the houses themselves which for a single home we’re over-estimating to be around 50k with maybe 10k for repairs/replacements that might occur over a 25-year period. Food and water will be provided by the land and the veteran’s efforts as we’re building water collectors and planters allowing them to grow their own fruits and vegetables. We’ll also make use of aeroponics through solar powered pumping and aquaponics to ensure a symbiotic relationship of fish and crops. The cost per veteran to be healthily fed and comfortably housed for an entire year will only be 2k.

PTHF: That’s incredible! What else can veterans expect from this community?

Drew: Sustainability is huge for us but what we’re really focused on is rehabilitation and reintegration into civilian life. We want our vets to know how much we appreciate them and their sacrifices. The residents of this community will have daily group discussions on combat PTSD symptoms in an environment that’s supportive and empathetic. Additionally, we’ll have PTSD discussions open for veterans and civilians that wish to speak about their experiences in this caring atmosphere. We’re also providing civilian training which includes job training, community outreach, financial education and much more. The residents will also be able to give back to their surrounding community by providing disaster relief support when needed.

PTHF: We’re so excited to have you speaking at our tiny house festival this year! What excites you most about our festival?

Drew: It’s several things, connecting with all the different builders, from tiny homes to school bus conversions, ‘schoolies’, and van conversions. Being given a platform to speak about Mattersville and the sustainability focus, bringing awareness to the Colorado community on our efforts to assist and support these brave Americans who’ve given us so much. It’s going to be a great festival and we’re so excited to be a part of it.

You can catch Drew Robertson speaking at the 2020 People’s Tiny House Festival!

Get your tickets at www.peoplestinyhousefestival.com/tickets